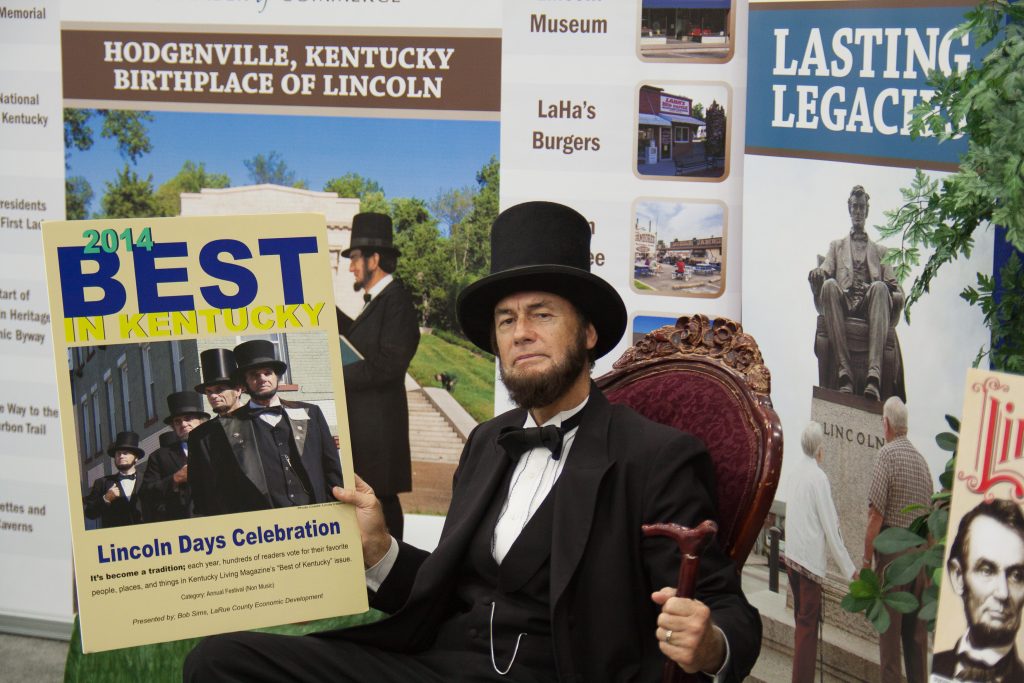 Summer has us gearing up to promote Hodgenville/LaRue County at the 2015 Kentucky State Fair, August 20th-30th. We are currently making plans and recruiting volunteers for our Pride of the Counties booth. This year volunteers will be given free admission to the fair and free parking and t-shirts to wear while they are promoting our great county! Last year, 1,641 people registered for the tourist family fun passes and enjoyed six days of Lincoln look-alikes. Don’t miss the fun and contact the Chamber Office, 270-358-3411,  to volunteer by July 31st.

Hodgenville, Kentucky: This week, National Park Service (NPS) launched the Kentucky National Park Pentathlon, inviting those who visit all five NPS sites in the state to earn a special free commemorative patch. The Pentathlon is in recognition of the NPS 2016 Centennial.

“The National Park Service was created 100 years ago to protect America’s national treasures and provide opportunities for people to enjoy and understand them,” said Stan Austin, NPS Southeast Regional Director. “During the NPS Centennial we encourage everyone to find a park that has special meaning to them and enjoy what it has to offer..”

Pentathlon participants can earn the commemorative patch by visiting all five Kentucky national parks by April 2017, and participating at a least one activity at each park. Kentucky has all or part of five national park sites within its borders.

• Abraham Lincoln Birthplace National Historical Park (Larue County) includes the country’s first memorial to Lincoln, built with donations from young and old, and enshrines the symbolic birthplace cabin. For over a century people from around the world have come to rural Central Kentucky to honor the humble beginnings of our 16th president, Abraham Lincoln. His early life on Kentucky’s frontier shaped his character and prepared him to lead the nation through Civil War.
• Big South Fork National River & Recreation Area (McCreary County) encompasses 125,000 acres of the Cumberland Plateau, Big South Fork National River and Recreation Area and protects the free-flowing Big South Fork of the Cumberland River and its tributaries. The area boasts miles of scenic gorges and sandstone bluffs, is rich with natural and historic features and has been developed to provide visitors with a wide range of outdoor recreational activities.
• Cumberland Gap National Historical Park (Bell and Harlan Counties) provided the first great gateway to the west. The buffalo, the Native American, the longhunter, the pioneer – all traveled this route through the mountains into the wilderness of Kentucky. Modern day explorers and travelers continue to explore this great gateway and the many miles of trails and scenic features found in the park.
• The Fort Heiman unit of Fort Donelson National Battlefield (Calloway County) and the rest of the area played a critical role in the Civil War.. After the fall of Fort Donelson, the South was forced to give up southern Kentucky and much of Middle and West Tennessee. The Tennessee and Cumberland Rivers, and railroads in the area, became vital Federal supply lines. Nashville was developed into a huge supply depot for the Union army in the west. The heartland of the Confederacy was opened, and the Federals would press on until the “Union” became a fact once more.
• Mammoth Cave National Park (Edmonson, Hart, and Barren Counties) preserves the cave system and a part of the Green River valley and hilly country of south central Kentucky. This is the world’s longest known cave system, with more than 400 miles explored. Early guide Stephen Bishop called the cave a “grand, gloomy and peculiar place,” but its vast chambers and complex labyrinths have earned its name – Mammoth.

Possible activities include hiking, biking, horseback riding, canoeing, camping, volunteering, attending a ranger-led tour/presentation, bird-watching, visiting a park’s museum, seeing park’s film or any other activity available at the parks. Participants can do the same activity at all five parks or try something different at each location. 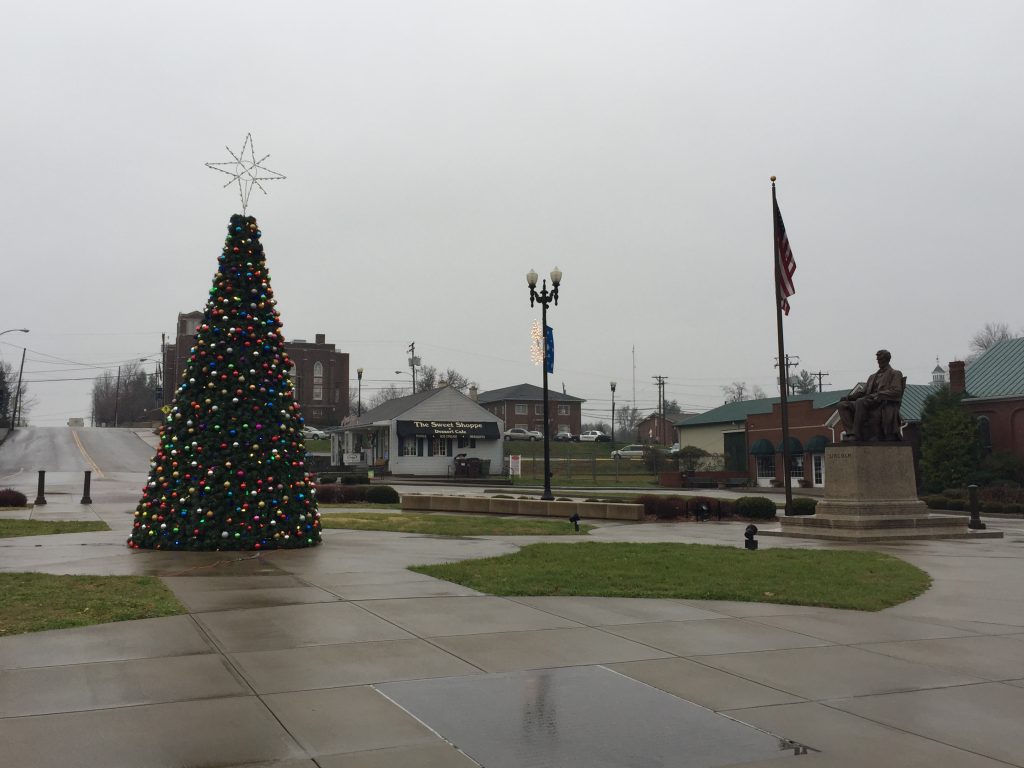 Due to inclement weather, the Light Up Hodgenville program for Friday, December 5th at 5:30pm has been moved indoors to the Civic Center/ Hodgenville City Hall.

Also, due to the impending weather, the park will open on a 2 hour delay on Wednesday, February 5, 2014.

Trick-or-Treat on Lincoln Square provides the community with a safe place to bring children on Halloween.  The City of Hodgenville will be blocking off streets around the square to give the children safe and easy access to all stops.  Volunteers from LaRue County High School are on hand to help escort our children around.  Trick-or-Treat time is set for 6:00pm-8:00pm on Thursday, October 31st.  Set up for tour stops will be 5:00pm-6:00pm.

Do you have kids?  Bring them to our Costume Contest starting promptly at 5:30pm!  Registration starts at 5:00pm.  This year we have added a Family/Themed Group Category!  See the attached application for categories, pre-registration and late application fee deadlines.  Applications with payment can be dropped off at the Chamber office and the LaRue County Herald News.  Special thanks to The Awards Center in Elizabethtown for sponsoring our awards for our winners.

FOOD!!!  Adams Family Foods and Makin Memories will be joining us this year as food vendors.

Concert from 7:00pm to 8:00pm EDT with President Lincoln’s Own Band as featured

in the movie Lincoln.

Luminary Event from 8:00pm to 9:00pm EDT throughout park grounds including the

Sinking Spring and steps leading up the First Lincoln Memorial.